Here’s an open source app (which will be in the App Store soon) providing a tracking tool similar to Moves and Google’s former Latitude application called Theseus.

Theseus tracks your movements with a beautiful interface allowing you to easily see movements in table form, and on map, and track nearby Foursquare venues. What makes Theseus different from many similar apps is that everything is stored locally. An iPhone 5S is required as the M7 motion co-processor is used. 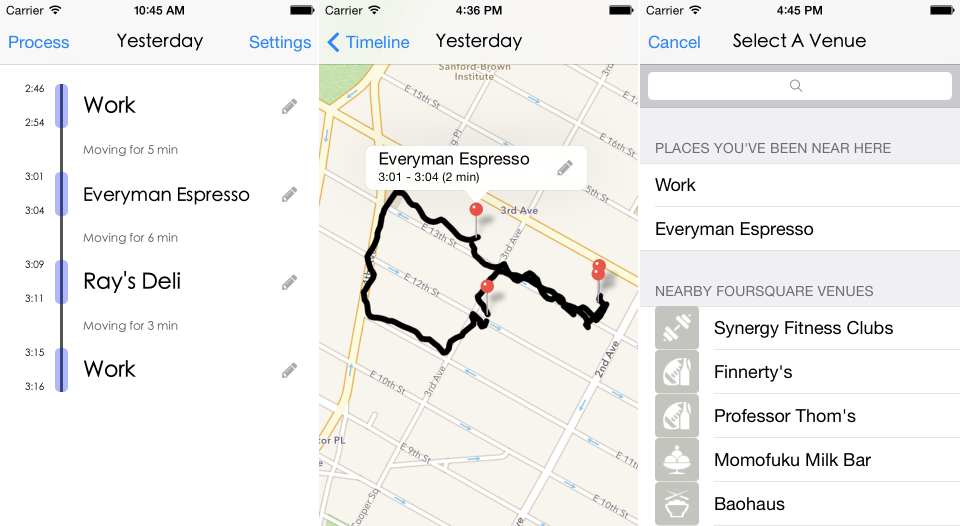